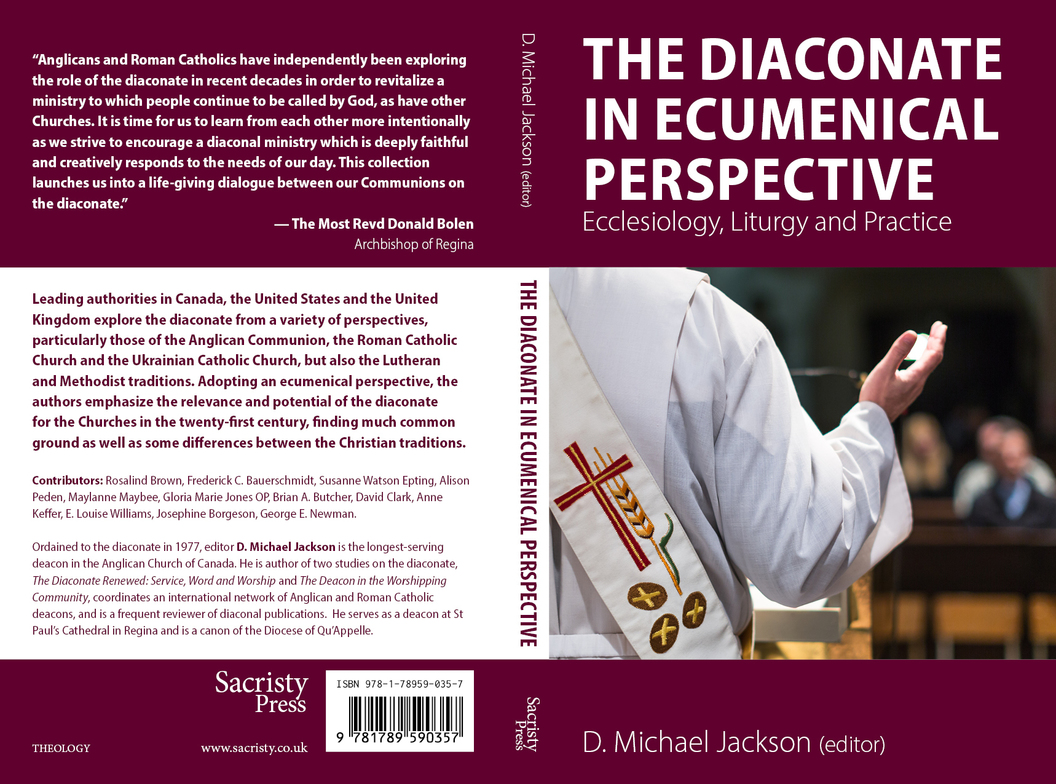 An international Anglican-Roman Catholic-Ukrainian Catholic conference on the diaconate, held at Campion College, Regina in May 2018, is having an impact in the print world a year later.  A book based on the conference presentations has just been published by Sacristy Press in Durham, England.

Entitled The Diaconate in Ecumenical Perspective: Ecclesiology, Liturgy and Practice and edited by conference co-ordinator Deacon Canon Michael Jackson of the Diocese of Qu’Appelle, the book includes twenty essays by fourteen contributors from Canada, the United States, England and Scotland.  In addition to essays by Anglican/Episcopal and Roman Catholic/ Ukrainian Catholic authors, there are chapters on deacons in the Methodist and Lutheran churches.

Topics discussed in the book are the theology of the diaconate, the future of the transitional diaconate, women in the diaconate, ecumenical views, prophetic ministry, the deacon in liturgy and formation of deacons.

Archbishop Donald Bolen of the Roman Catholic Archdiocese of Regina, co-chair of the 2018 conference with Bishop Rob Hardwick of Qu’Appelle, says about the book:

"Anglicans and Roman Catholics have independently been exploring the role of the diaconate in recent decades in order to revitalize a ministry to which people continue to be called by God, as have other Churches.  It is time for us to learn from each other more intentionally as we strive to encourage a diaconal ministry which is deeply faithful and creatively responds to the needs of our day."

This collection launches us into a life-giving dialogue between our Communions on the diaconate. The Diaconate in Ecumenical Perspective can be ordered from Sacristy Press in the UK at www.sacristy.co.uk/books/theology/deacons  It is also available through Amazon.

[Press release provided by Deacon Canon Michael Jackson, editor of this book, and one of the longest serving Deacons in the Anglican Church of Canada.]